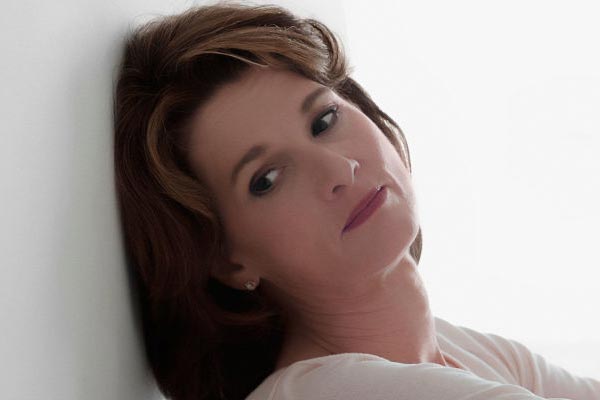 I was hanging out with my best friend’s daughter this morning while my friend ran errands. We will call her L.

So L and I are just playing, dancing, watching Curious George, you know: all the things a two-year-old might do.

And then she wanted food. I did not want her to become hangry. No, not just hungry. I’m talking hangry, that feeling you will just yell at everyone if you don’t get food NOW. You’re hungry and angry: you’re hangry.

So this little girl is the most adorable little thing, and she asked me for peanut butter. She is very polite, and since she said please, I gave her a spoon to dig in the jar.

She was happy and giggling. She was talking up a storm, going from this to that and the other!

That’s when it hit me. Figuratively, of course. When she has peanut butter in her mouth, and given she is two and has a limited number of intelligible words, she speaks like me when fibro decides to mess with me.

That’s it. That’s exactly it. The best way I could describe the speech difficulties that sometimes arise is this: I speak like a two-year-old with peanut butter in her mouth. Dang. That’s the kind of realization I could have done without.

Make sure it’s not a stroke

I’m not joking. Speech impairment is one of the main symptoms of strokes. The American Stroke Association recommends the FAST method.

F – face drooping on one side

A – difficulty raising one arm or feeling weakness in one arm

Now back to our fibromyalgia-related speech and comprehension difficulties.

What? I don’t understand you.

Oh, the number of times I’ve wanted to tell people it was their fault for not understanding me… Silly, I know. But still. I am an educated 40-year-old woman, and I sure know how to speak English!

Full disclosure: there are times when I don’t make sense but that’s only because I am French and mya cent gets in the way. There is no way my accent will ever disappear now. It’s too late, so it’s as good as it is ever going be!

So for this argument’s sake, we will say that I am your average American suburban mom, whose job is to taxi my kids around.

It’s when you think clear words, you pronounce clear words and it all makes sense in your head, but jumbled words come out of your mouth.

It’s called dysphasia. (Not to be mistaken for dysphagia, which is a disorder affecting your ability to swallow properly)

Dysphasia, according to feedback.com is defined as: “language disorder marked by deficiency in the generation of speech, and sometimes also in its comprehension, due to brain disease or damage.” In other words, dysphasia means that people don’t understand your words. And it’s frustrating, for you and for the people around you.

First of all, is like to address the fact that whoever came up with that complicated, fancy word for a speech impediment is a cruel person.

It’s not funny. I can’t pronounce the word “table” properly, and you throw a three syllable Greek-sounding word at me. Not cool. Rant over.

Can you repeat that?

With receptive dysphasia, here is how it goes for me: I’m in the car with my family. They are joking about and laughing, and I love hearing their giggles.

Then my husband turns to me and asks if I’ve seen our friends’ new cat. That’s when I realize that you have no idea whatsoever of what a cat is.

I just don’t know. So I stare blankly and I ask, “What’s a cat?” By the time I’m done asking the question, it comes back to me. Cats are those floof balls with sharp hooks.

It is embarrassing. Absolutely embarrassing. After a few times of people looking at you like you’re either insane or joking, you begin to give up on understanding or following along a conversation. It’s no fun.

When you really are interested in a conversation, you learn to not ask what a cat is, but rather you ask the person to repeat themselves. That, too, gets old. But better than looking stupid, right?

What are you trying to say?!?

Sometimes, I feel like the words gather up in my throat, and they’re all silly little kids, like an entire class of second graders. They’re hatching a plan to embarrass the teacher (me).

So they decide that rather than walking out of my mouth in an orderly fashion, they will just run out as fast as they can, in any order they please, without watching out for the other words.

And they do. Those dang words run out so fast I can’t control them. I can hear that I’m saying something incomprehensible, but I can’t do anything to stop it.

All I can now at that point is try to repeat some of the words, or all of the words, and pretend like nothing weird just came out of my mouth. How does this relate to fibromyalgia?

Dysphasia is a speech disorder that can exist on its own or can be related to numerous ailments. Researchers have been able to link delayed response name recall in Fibro Warriors.

They looked at people with diagnosed dysphasia and fibromyalgia patients, and the results were very similar in both groups.

Speaking difficulties and comprehension difficulties are often lumped in with the infamous Fibro Fog. You can learn more about Fibromyalgia Brain Fog here

I don’t always agree with the “lumping” technique. At times, it is necessary to use Fibro Fog as one symptom, but to me, Fibro Fog is not related to your speech or comprehension. It’s something different.

So why do Fibro Warriors suffer from dysphasia?

No one knows. I’m not even kidding you. No one knows anything about the link between fibromyalgia and dysphasia. Isn’t that just crazy?!?

The medical community knows that dysphasia is common among people who have had brain injuries, such as concussions and the likes. They know that when your brain takes a direct hit, it damages it.

At the same time, your brain can also be under attack in other ways. It could be an inside job if you will. Some ailments, unfortunately, come with a degenerative factor, meaning that the brain cannot produce any more cells and other scientific stuff, so your speech and understanding suffer. This could be a disease like Alzheimer’s or maybe a stroke.

But the problem remains. No one has a clue as to why your brain is acting all out of whack. Well, I guess I shouldn’t say any clue at all.

There is some (unconfirmed) speculation that sleep disturbances may cause your brain to over-work when it is supposed to concentrate its efforts on regeneration. And we all know that Fibro Warriors didn’t exactly hit the jackpot when it comes to sleeping well…

Great. How can I get rid of it?

Slow down, there, cowperson (gender equality)!

It’s not like a headache or a broken bone. There is no well-defined limit or demarcation with dysphasia. It’s not a physical problem, and we have already established that researchers don’t have the greatest interest in dysphasia. So what? Well, so there is no cure for dysphasia.

I know, I know. It’s depressing. But wait! There is more!

Dysphasia tends to show up when we are fighting flare-ups. The more pain we are in, the less power our brains have to devote to remembering words. So logically, the less pain you’re in, the more your brain can sort through all those syllables and Greek words.

We know we can’t get rid of the pain. But we also know that we can sometimes control some of the symptoms of fibromyalgia. So the goal here is to lower the number and intensity of flare-ups we experience. TA-DAAAA!

This kind of outburst is not just teenage girls anymore! That’s right! You, too, can scream it when you slam your bedroom door because you’re mad that your fibromyalgia wouldn’t let you go out with your friends…

Every interaction can turn disastrous in seconds, without warning. One moment, you’re totally in the conversation; the next, you can’t remember what you were saying, or you don’t understand what your interlocutor is saying.

The more you think about all the terrible ways your day could go, stress works its way up in your throat. Remember the army of second graders stuck in your throat? Stress is egging them on. Ugh.

Now imagine that you’re talking to your boss about that promotion. Dysphasia hits. Boss fires you. It’s a bit cliché and extreme, but it’s happened.

Or you’re on that oh-so-important first date. You’re done. No second date for you.

You walk out of your favorite restaurant. You’ve had nothing but water to drink. You head to the valet stand, and you slur your words. Chances are, the valet attendant will not let you drive your car home.

Dysphasia can affect every aspect of your life. And it’s depressing. And with depression comes stress. And with stress comes dysphasia. Oh, hi there, full circle. Fancy finding you here.

I can kiss my social life goodbye, then.

No! Absolutely not! Don’t be silly! You can learn to live with your symptoms.

First of all, you should clearly explain what’s going on with you. Of course, you can explain yourself when words won’t come out right. But before or after an episode of dysphasia, maybe consider talking to your family, friends, coworkers, boss etc.

You could explain that dysphasia is part of your fibromyalgia symptoms. It affects the way you talk and the way you understand things.

It doesn’t mean you don’t know the words or lack the ability to understand. It’s just that it takes a bit longer sometimes to explain things. If people cannot understand what’s going on with you, it’s on them.

Your workplace should protect you as part of their non-discrimination policies. You can request what’s called “reasonable accommodations” to help you cope with dysphasia.

Some example of reasonable accommodation would provide you with a written summary of meetings, for example. Or allowing you to present projects in writing, rather than having to talk in front of the entire board of directors.

Will it ever get better?

Maybe. Maybe not. Speech impediments, when they are the result of brain damage with a known cause, usually don’t get better.

Speech and comprehension difficulties spanning from fibromyalgia may be different. Again, the research on the subject is primitive at this time.

If your dysphasia is really bothering you, speak with your healthcare professional. She or he will be able to guide you toward helpful resources. A speech therapist may be able to help you, as could potentially an occupational therapist.

I can guarantee you that they hold a thousand tips and tricks at the ready! Don’t hesitate. There is nothing to be ashamed of. You never asked to have fibromyalgia, and you certainly did not ask to be ostracized because of your fibromyalgia.

Be proud, fellow Fibro Warrior! You are destined for greatness!